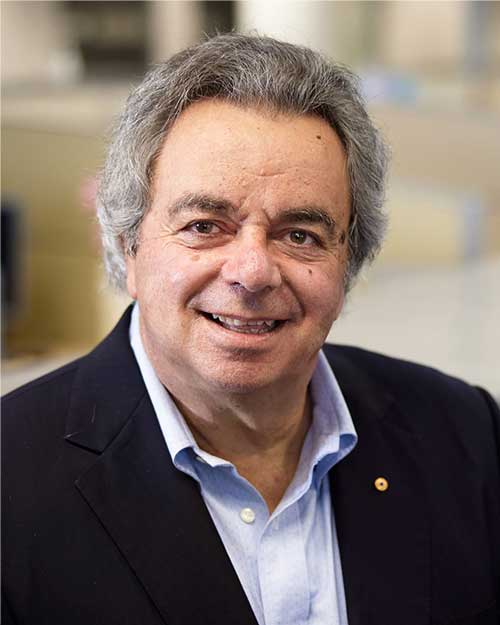 Pioneer in sleep medicine in Australia, heading up the Sleep and Circadian Research Group

Professor Ron Grunstein has been a consultant physician in sleep disorders for over 30 years and a pioneer in improving patient care in sleep medicine in Australia and internationally. He currently holds an Investigator Leadership Level 3 award from the National Health and Medical Research Council (NHMRC’s highest level research appointment).

Ron is currently a Senior Staff Specialist at Royal Prince Alfred Hospital and Professor of Sleep Medicine at the University of Sydney. He heads the Sleep and Circadian Research Group at the Woolcock Institute of Medical Research and was Chief Investigator A on three successive NHMRC Centres of Research Excellence (2004-2018).

From 2007-2011, Professor Grunstein served as President of the World Sleep Federation, the roof body for sleep researchers and clinicians internationally organising successful world congresses in Cairns and Kyoto. He was awarded the Australasian Sleep Association Distinguished Achievement Award in 2010, the Kleitman Award, the premier award of the American Academy of Sleep Medicine in 2011, and the Royal Prince Alfred Foundation Medal for Excellence in Medical Research in 2012. In 2014, he received the Distinguished Professor Award from the Sydney Medical School. Professor Grunstein was named Fellow of the Australian Academy of Health and Medical Sciences in October 2021, and Fellow of the Thoracic Society of Australia and New Zealand in April 2022.

Professor Grunstein is the most published sleep researcher in Australia and has over 414 publications (including book chapters). He has a Bachelor of Medicine and Surgery and MD degrees from The University of Sydney and a PhD from the University of Gothenburg in Sweden. He was made a Member of the Order of Australia for significant services to medical research andeducation in the 2019 Honours list.