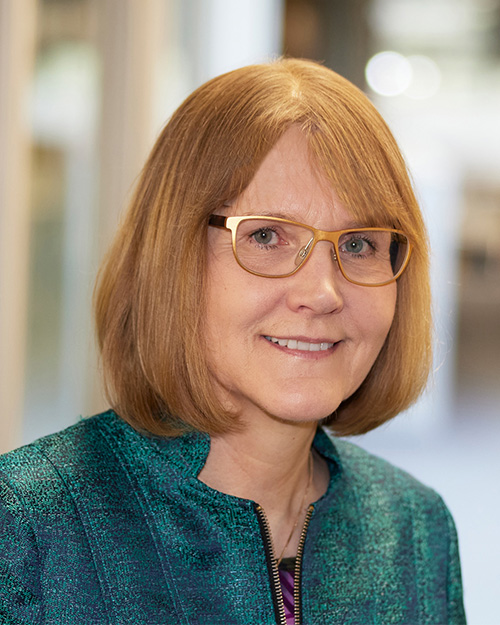 Director of the Woolcock Centre for Lung Cancer Research

Professor Maija Kohonen-Corish is a molecular geneticist with a track record of discovery in translational research and cancer genetics. She has had a long-standing interest in lung cancer, inflammation-associated cancer, microbiome, and mouse models of cancer. Her team has identified new biomarkers of prognosis and therapeutic responsiveness that have improved the clinical management of patients. In colorectal cancer, the team discovered the significance of the 'Mutated in Colorectal Cancer' (MCC) gene alterations that had been previously overlooked, and developed a new mouse model of an aggressive type of cancer.

Professor Kohonen-Corish completed a BSc and MSc at the University of Helsinki in Finland. This was followed by a PhD in human genetics at the John Curtin School of Medical Research in Canberra. There she established one of the first laboratories in Australia to identify the family-specific gene defects in Lynch Syndrome. She obtained certification in molecular genetics from the Human Genetics Society of Australasia in 2005 and, with support from a Cancer Institute NSW Fellowship, was the head of lung and colon cancer research at the Garvan Institute of Medical Research from 2002 to 2017.

Professor Kohonen-Corish was appointed Director of the Woolcock Centre for Lung Cancer Research in 2019. She is leading a program on how to harness the microbiome to overcome challenges in the diagnosis and treatment of lung cancer and mesothelioma. She is investigating the role of the microbiome in lung cancer and immunotherapy responsiveness, in collaboration with the Microbiome Research Centre UNSW, Chris O’Brien Lifehouse, Royal Prince Alfred and other hospitals. She is also leading a Cancer Council NSW-funded study developing a new synergistic therapy approach in colorectal cancer, which was revealed by her findings on MCC.

Professor Kohonen-Corish is a member of the Variant Interpretation Committee of the International Society for Gastrointestinal Hereditary Tumours, which produces international guidelines on how to interpret the pathogenicity of the inherited gene variants in Lynch Syndrome.