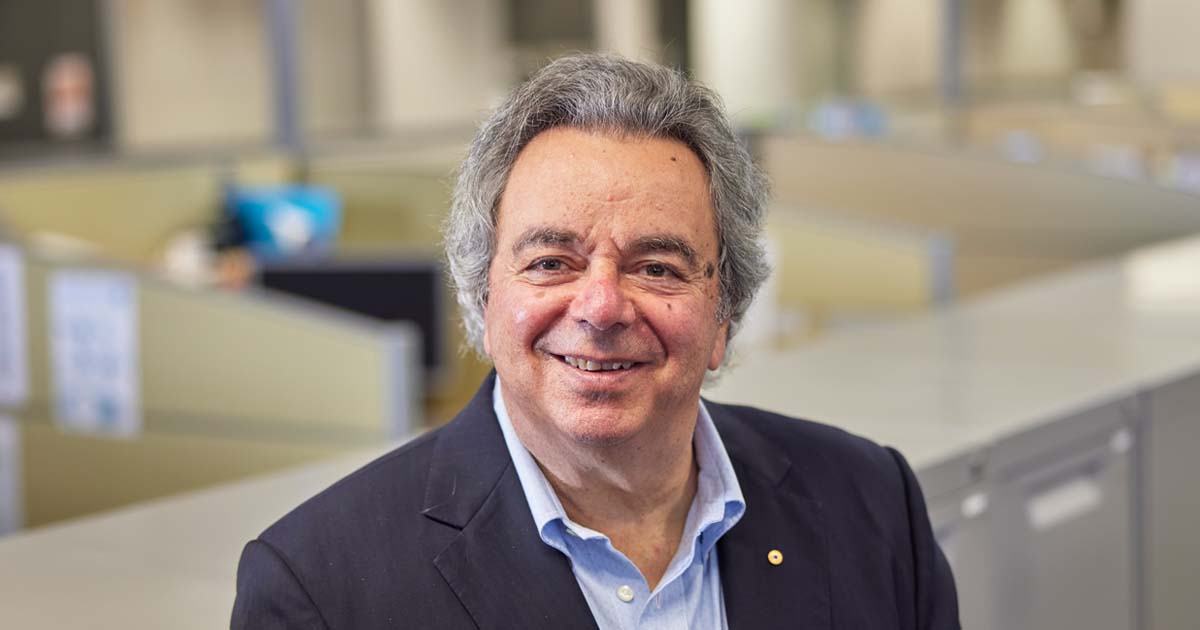 Australia's leading sleep researcher, the Woolcock’s Professor Ron Grunstein, has been named a 2021 Fellow of the Australian Academy of Health and Medical Sciences.

The prestigious fellowship is bestowed on 28 of the country's top medical and health researchers elected by their peers in recognition of their outstanding contributions to the health and medical research landscape.

Professor Grunstein, head of sleep and circadian research at the Woolcock, is regarded one of the world leaders in sleep medicine, operating at the forefront of sleep disorders research. He was involved in the first trials of continuous positive airway pressure (CPAP), now known as the gold standard OSA treatment, and in establishing the role of CPAP in improving depression and quality of life.

The sleep research pioneer was also instrumental in launching the Woolcock Clinic, Woolcock NeuroSleep Clinic, and the high-density EEG Facility for Sleep and Circadian Research, a state-of-the-art research facility to explore the impact of sleep disorders on cognition, brain ageing and neurodegeneration.

"We're thrilled to see Ron’s considerable contribution to sleep research honoured in this way," says Woolcock Executive Director Professor Carol Armour. "His work has explored the respiratory, cardiovascular, neurological, hormonal and behavioural consequences of sleep disorders as well as the effectiveness of various modes of therapy. These advances have made sleep and wakefulness safer for all Australians," she says.

Professor Grunstein’s other scientific contributions include research into alternate treatments to CPAP, and the health effects of wind turbines on the sleep of Australians.

Professor Grunstein was the President of World Sleep Federation (2007–2011) and was awarded the Nathaniel Kleitman award of the American Academy of Sleep Medicine in 2011.

He is a regular speaker at international conferences and contributor to scientific journals, a media commentator, and supervisor and mentor to clinical students and colleagues. He was made a Member of the Order of Australia in 2019.

Professor Grunstein holds several other positions, including Professor of Sleep Medicine at the University of Sydney and Sydney Local Health District and Senior Staff Specialist at Royal Prince Alfred Hospital. He has also been chief investigator of three successive NHMRC Centres of Research Excellence since 2004.