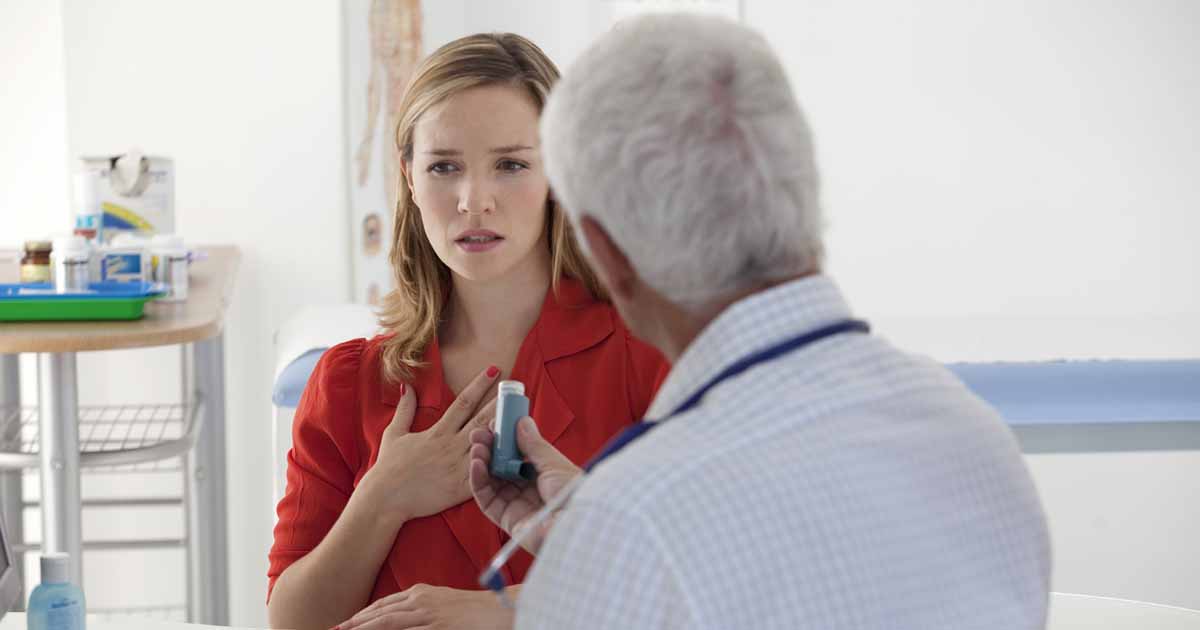 Limited knowledge of asthma, how to treat it and confusion around treatment options are just some of the key issues mentioned by people with mild asthma in a new qualitative study from researchers at the Woolcock Institute of Medical Research.

The paper, Perspectives of mild asthma patients on maintenance versus as-needed preventer treatment regimens: a qualitative study, was published in the prestigious British Medical Journal (BMJ), and is the fourth in a series of detailed studies looking at the views of people with mild asthma.

The article delves deeply into the habits and mindsets of people with mild asthma to find out how they treat their symptoms, how much they think asthma affects them, whether they believe medical professionals are helpful when it comes to treating the condition, and what their preferences are for asthma treatment.

Speaking to 74 people, the researchers, led by the Woolcock’s respiratory expert and Chair of the Global Initiative for Asthma (GINA), Professor Helen Reddel and by research psychologist Dr Juliet Foster, found out that many people do not consider their asthma particularly problematic, admitting to being complacent with the way they treated their symptoms.

"It’s a mild annoyance at the moment. I know [if] I want to go climbing a hill...I'm going to get some symptoms but that’s really about it," stated one respondent, while another said: "It’s been a long time since I’ve had really bad asthma. [In recent years] I have [only] woken up in the night the odd time and taken Ventolin."

Others believed their GPs and pharmacists weren't clear about their treatment advice, and some considered their medical professionals "complacent" in the treatment of mild asthma.

The interviews of people from Australia, New Zealand and the United Kingdom were conducted at the end of a 12-month research study in which people with mild asthma were given one of two types of treatment: a low-dose combination anti-inflammatory preventer and reliever taken as needed for symptom relief, and a low dose preventer taken twice a day plus a standard blue puffer (Ventolin) taken as needed for symptom relief.

Professor Reddel said that the insight from patients in this article adds depth to the information obtained from another study they had conducted in New Zealand, published in European Respiratory Journal in 2020, in which patients who had received one of these same two treatments for 12 months answered questionnaires about their treatment experiences and preferences.

The current 2022 paper really considers the voice of the patient and the reality of their likely adherence to treatment – and not just the ideal scenario.

"Adherence with daily treatment in both these studies was 70 to 80 per cent, while in the community it’s about 25 per cent," Professor Reddel said. "What this means is that decisions for treatment need to be individualised; they need to take into account patient preferences and patient concerns."

One thing that emerged from the in-depth interviews was that most patients preferred the as-needed combination option, even if they had not already tried it.

Until recently, many guidelines had recommended that mild asthma could be managed with only a short-acting beta 2-agonist, the most well-known of which is Ventolin, a blue inhaler device used to quickly relieve symptoms of asthma.

However, despite being life-saving during severe attacks, the blue puffer does not prevent asthma attacks, and when used too often it actually increases the risk of having a severe asthma attack. The combination preventer + reliever tested in this series of studies relieves symptoms as quickly as a blue puffer and reduces the risk of severe attacks by almost two thirds. It has been approved for the treatment of mild asthma in Australia since 2020.

As this paper shows, asthma management continues to confuse many patients, who state they have often been given conflicting advice in the past. "This is particularly problematic when patients have been started off with only a blue puffer for their asthma, then later on, they are told they need to take a daily preventer treatment even when they have no symptoms," Professor Reddel points out.

A strength of this study (and several related studies) is that patient voices were deliberately embedded alongside the quantitative research, something that Professor Reddel said is unusual when new treatments are being studied.

"As a result, we now have the patient perspective, along with the quantitative evidence, to help better inform our understanding of the reality of asthma treatment and the gaps that need to be filled to make it more successful," she said.