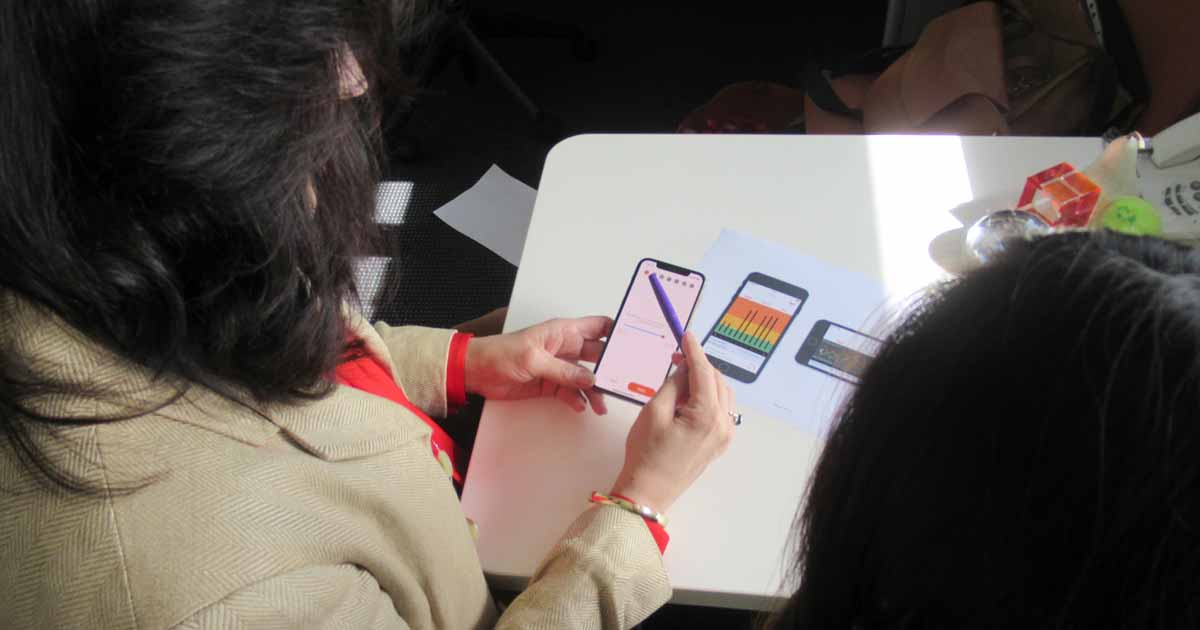 Looking for an app to help you manage your hay fever? We can help

Have you ever tried sifting through the thousands of apps that say they can help you manage your allergic rhinitis or hay fever? Did you have trouble finding one that's right for you, one you can trust? You're not alone.

Researchers at the Woolcock Institute of Medical Research are part of an international group working to make the proliferation of hay fever apps more manageable for patients and healthcare professionals.

We asked Professor Sinthia Bosnic-Anticevich to fill us in on their latest research on allergic rhinitis apps, and how the group's own app is not just good for hay fever sufferers, but is also furthering our understanding of this often debilitating condition.

If you want to try an app that can help with your hay fever, Sinthia has a recommendation for you. Read on to find out.

What are the problems you're trying to address with your latest research?

First of all, we're trying to help patients and healthcare professionals navigate the proliferation of allergic rhinitis apps currently available in app stores.

There are lots of apps out there. When we did a manual search, we ended up with thousands of potential apps to help people with allergic rhinitis, which is commonly referred to as hay fever. So we needed to screen this huge number to determine which were the most relevant. We whittled the list down from thousands, to hundreds, and eventually ended up with 19 apps.

The search took us around 10 hours!

And of course there's another, equally important problem: how can a person know which app is the best quality? Which app is best for them, out of all the thousands that show up in a search? Apps can basically be developed by anyone.

So the problems we're addressing are twofold: how to navigate the sheer number of apps; and how would you know which app's going to work for you.

Tell us about the latest stage of your research

In our latest research, we developed an automated screening program and selection algorithm to perform an app search. Then we compared this automatic search to a manual search.

Our automated search shrank the thousands of possible apps to a list of just 39, which were then easier to manually check for relevance and quality.

The idea of this research was to see if you can use an automated process to identify the good apps. And the good news is, yes you can.

It's like you're using technology to help you identify good technology.

Why would someone with hay fever or allergic rhinitis want to use an app?

Well, first I would say I'd like to see more recognition of the impact of allergic rhinitis on people's lives. It's still considered more of a trivial nuisance than a serious medical condition.

The burden of allergic rhinitis is actually really quite significant, but in a very non-specific way. It may make you feel a 'little bit fuzzy', or unable to concentrate. You may wake up not feeling refreshed even though you've had eight hours' sleep. You may take a day off work, or find your productivity at work is low.

The term 'hay fever' also has seasonal connotations. But people who suffer from allergic rhinitis – the more accurate term – can actually have symptoms the whole year through, not just seasonally. A lot of people who have allergic rhinitis will notice a worsening of symptoms in pollen season , but that doesn't mean that they don't have symptoms outside of pollen season. So a lot of people have to do something about their symptoms all the time.

And of course allergic rhinitis can have a huge impact on people with asthma. It can cause a person's asthma to flare up.

In so many ways, allergic rhinitis is insidious, and I think that's part of the challenge. It's not one of these conditions that people are rushing to the doctor or the pharmacist about. Instead, they're self-managing.

It's this high level of self-management that makes allergic rhinitis an ideal condition for an app.

An app can be a tool to help someone better understand their disease. With chronic illnesses, you need to be vigilant and committed every day of your life. In respiratory diseases like allergic rhinitis and asthma or COPD, it's about the patient needing to use their medication regularly.

An app can give people the opportunity to input how their nose is, how their eyes are, and, if they have asthma, how their asthma is. They can monitor how they're feeling to give them a more holistic view of their health.

What's your message to someone with allergic rhinitis who's considering using an app?

Well, in the first instance I would of course say, try out the MASK-air app that's been developed by our international research team, ARIA.

The MASK-air app is simple and easy-to-use. It has been developed by world-leading researchers, so it's based on the best scientific evidence.

And there's another great benefit of MASK-air: data from the app is used by our research team to improve our understanding of allergic rhinitis. The app isn't used for profit making or for marketing.

We have a publication coming out soon in which we report on how we've used data from the thousands of app users to identify key subgroups of people with allergic rhinitis. It's fascinating, ground-breaking public-interest research that wouldn't have been possible without our amazing citizen science app users!

The app is enabling us to understand disease better, which is really exciting.

So I'd say to people: is your hay fever bothersome? Do you feel you'd like to try an app that might help you? If yes, why not give the MASK-air app a go. And talk to your healthcare professional about the data you collect. See if they can give you some advice based on the symptoms tracked in the app.

You might be able to use the app to improve your health – and you'll be helping others by being part of new scientific discoveries.