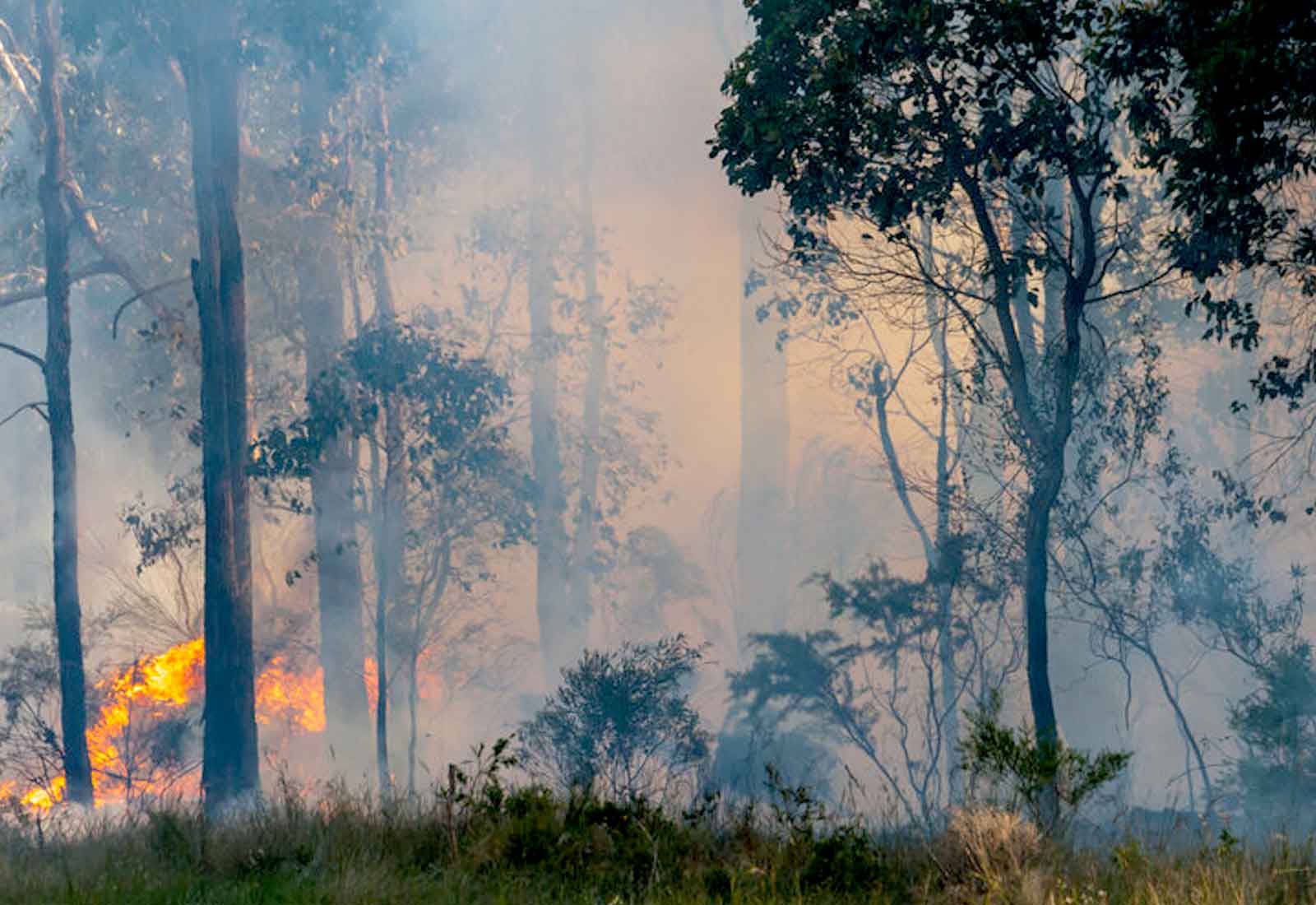 Harms from bushfire smoke: “yesterday was the time to talk about it”

The baby’s mother had been in the first trimester of her pregnancy when smoke from some of the worst bushfires in Australian history enveloped the city, which is on the New South Wales-Victorian border.

“Our visibility was down to about 100 m for weeks on end,” Dr McGowan said.

Dr McGowan – who is a member of the Royal Australian and New Zealand College of Obstetricians and Gynaecologists and provides shared care to her patients – said the baby was small for age and had respiratory problems.

“Now, I don’t know if the baby’s respiratory problems are directly related to the bushfire smoke … [but I believe] the medical profession needs to say that climate change is right here, right now and yesterday was the time to talk about it. Failing that, it’s urgent that we talk about it today.”

Dr McGowan said she has had several patients this year that have had fetal growth restriction, retained placenta post-birth, and premature delivery. “It’s not just one patient,” she said, acknowledging that reports were anecdotal at this stage. “We can’t draw a direct conclusion at the moment, but more study is needed in this area.”

She pointed to the large 2019 North American study looking at more than 500 000 pregnant women that has shown significant impacts on babies born to wildfire smoke-affected mothers where small-for-dates and pre-term babies were found in increased numbers.

“We are scientists … and we are seeing the possible effects in babies. These babies may live with the effect of their mums inhaling that toxic smoke for the next 80–90 years.”

“I can’t stress how urgent it is,” she said. “Why aren’t we saying this is a number one priority?”

Professor Guy Marks, Head of the Respiratory and Environmental Epidemiology group at the Woolcock Institute of Medical Research, said it had been known for more than 20 years that in utero events could have diverse long term consequences.

He said the Barker hypothesis – described by British epidemiologist David Barker in 1980s and 1990s – had proposed that in utero growth restriction was associated with the risk of these children developing heart disease and lung disease as adults.

“Since that time, there have been a lot of studies into the effects of maternal exposures on the outcome of pregnancy and on subsequent disease in the child,” Professor Marks said.

While he said anecdotal reports of impacts from the 2019–2020 bushfires would require further investigation, the recent research conducted into the effects of the 2014 Hazelwood coalmine fire, published in the MJA provided good evidence that smoke exposures from this discreet event could have long term effects.

“Although the Hazelwood fire was serious for the small number of people who were exposed to it, the extent of the population exposed was relatively small compared with the summer bushfires where millions of people were exposed to very high levels of pollution for a long period of time, so the population exposed and at risk is much greater in the summer bushfires.”

He said several studies were underway to understand what impact heavy exposure to particulate pollution in the form of smoke might have on pregnancy outcomes and children’s longer term health.

In an editorial accompanying the Hazelwood research, Dr Julie Marchant and Professor Anne Chang wrote that the Willis and colleagues findings were consistent with the reduced lung function and immune dysregulation at adolescence noted in rhesus monkey infants exposed to wildfire smoke.

The editorial authors said while the Willis and colleagues’ study did not examine lower respiratory infections, bronchitis during early childhood was associated with later deficiencies in lung function.

“This suggests that air pollutant exposure at critical developmental time points (in utero and during early childhood) may have implications for adult respiratory health,” they wrote.

In a Perspective in the same MJA issue, Associate Professor Fay Johnston of the University of Tasmania’s Menzies Institute for Medical Research has called for public health impacts to be considered in approaches to fuel reduction burning.

Professor Johnston wrote that there was evidence for benefits from fuel reduction burning, “particularly in terms of increasing the suppressibility of future fires, reducing the total area burned by bushfires, and reducing property loss and risk to life”, but it was important to consider the total health burden to this approach.

In response, a Forest Fire Management Victoria (FFMVic) spokesperson said: “FFMVic considers the impact of smoke from its planned burn program on communities and has led the development of world-leading smoke modelling to support this,” they said.

“These impacts need to be weighed up against the impact of smoke from bushfires, which can cover a much larger area and burn for much longer, as many communities experienced last summer.

“Planned burning is an essential tool to manage bushfire risk, however we increasingly use mechanical treatments such as mowing, slashing and mulching, particularly in areas that planned burning can’t be safely and effectively conducted.”

The researchers will investigate how bushfire smoke exacerbates chronic respiratory diseases in different age groups; the impacts on cells, tissues, and molecular pathways; and how these effects can be targeted therapeutically.

The Australian National University is also conducting a survey to investigate the impacts of the bushfires and COVID-19 on mothers and babies.

Professor Marks said there was no doubt that Australians would be living with more bushfires in the future.

“This is a consequence of climate change and it is not going to be turned around quickly,” he said.

Also, he said, there was a need to explore ways in which people could be better protected from the impacts of bushfire smoke.

“This may be finding low smoke environments indoors, public refuges perhaps, where people who are particularly susceptible can spend time,” he said. “We do need further work to try and identify who are the susceptible people, what period of time they are susceptible, what level of exposure is likely to be hazardous, and what actions people can take to reduce the risk to themselves and their unborn child.”

This article was first published at insightplus.mja.com.au.