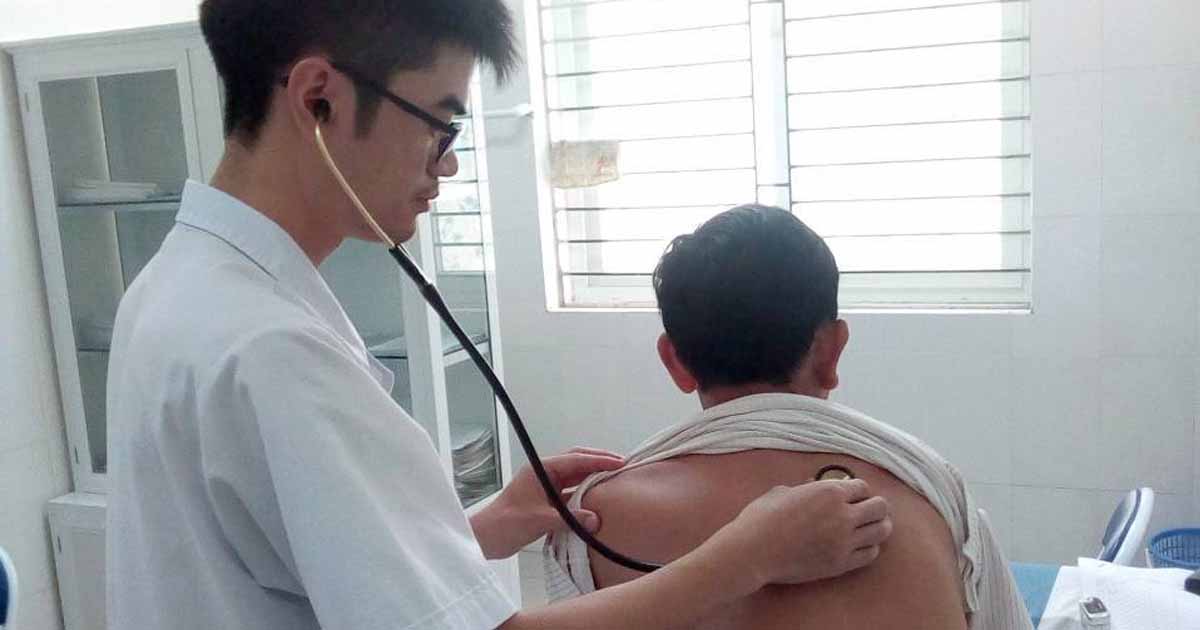 Screening both symptomatic and asymptomatic people in countries with high incidence of tuberculosis (TB) can rapidly decrease its spread and help eliminate the deadly, airborne disease which kills 1.5 million people per year.

Scientists at the Woolcock Institute of Medical Research, in partnership with the National Tuberculosis Program of Vietnam, had found that many people who have active pulmonary tuberculosis have not yet received treatment for the disease, making them at very high risk of spreading TB.

The researchers decided to screen all adult residents (approximately 60,000) in 60 randomly-selected communities in the province of Ca Mau, Vietnam, over four consecutive years beginning in 2014.

The Woolcock’s Professor Guy Marks, co-author of the article A Direct Measure of Tuberculosis Incidence — Effect of Community Screening, published in the prestigious New England Journal of Medicine, says that in countries with a high burden of TB (where more than 1 in 500 people in the general population have active pulmonary tuberculosis) the risk of being exposed to, and infected with, TB is very high.

"We now know that in countries with a high burden of TB most new cases of tuberculosis occur in people who have been recently infected, and that many people with active pulmonary tuberculosis, possibly up to half, have few, if any, symptoms and hence are unlikely to seek medical care and unlikely to be diagnosed. We believe these people are still capable of spreading the infection to others," Professor Marks says.

Tuberculosis is a mycobacterial infection that usually infects the lungs, but it may also affect other organs, such as the lymph nodes, spine, or brain. TB is primarily spread from person to person in an airborne manner, such as when an infected person coughs or sneezes, or even just breathes.

Based on this knowledge, Professor Marks and his team decided to screen the entire adult population for TB annually for four years. Those who were found to have the disease were offered, and encouraged to accept, free treatment. They found that by the final year, communities in which all adults were routinely tested for TB had 44 percent fewer cases than communities which were not screened. In the screened communities, 57 percent fewer people developed TB in the final year of the study compared with the first year.

"This large study is proof-of-concept that community-wide active case finding, in which the whole adult population is tested for TB, causes a profound reduction in the transmission of TB infection and in the incidence of TB disease," Professor Marks says. "These results are large enough to offer hope that ending TB in high burden settings is achievable within a short-time period."

In 2020, more than 10 million people were diagnosed with TB and 1.5 million died from the disease, mainly in low to middle income countries. Except for COVID, more people die globally from tuberculosis than any other infectious disease.  In Australia, there are about 1,100 cases every year, most of which occur in people born overseas (90 percent). However, TB can remain latent for a lifetime and, given that many countries with high incidence of the disease (Vietnam, Philippines etc) are popular holiday destinations for Australians, it remains a problem for all nations until eradicated.

Professor Marks believes we must do more to eradicate a disease of this magnitude, and that dealing with COVID over the last two years has only shown how important it is to get on top of airborne infections.

"There is huge global inequality in TB burden, and clearly, what we are doing now is not working – we need new approaches to TB control to bring an end to this problem," he says.