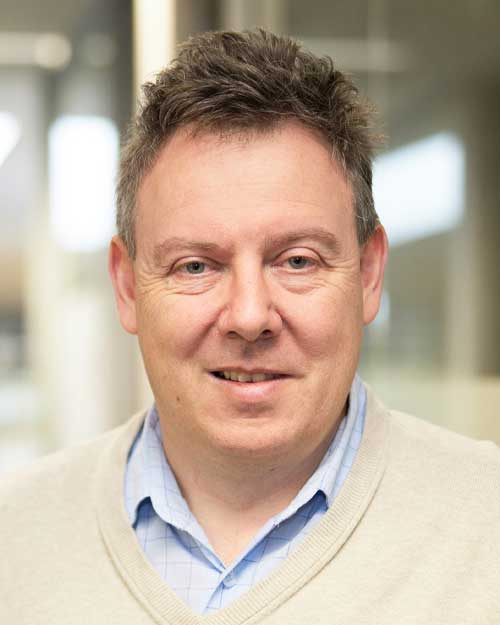 Head of the Respiratory Cellular and Molecular Biology Group

His scientific training began at the National Heart and Lung Institute, UK, with Professor Peter Barnes. He then had further training in respiratory virology at Professor Sebastian Johnston’s laboratory at Imperial College, UK before commencing his PhD (awarded in 2005) at The University of Sydney (supervised by Professor Judith Black).

He leads a productive team of researchers investigating the pathophysiology of respiratory diseases with a particular emphasis on understanding why people have respiratory diseases and, when people have a respiratory disease, what makes their disease worse. He is head of the Respiratory Cellular and Molecular Biology Group at the Woolcock Institute of Medical Research, co-director of the Respiratory, Sleep, Environmental and Occupational Health Clinical academic group of SPHERE, immediate past president of the TSANZ NSW branch, and Associate Head of School (Research) at the University of Technology Sydney, in the School of Life Sciences.