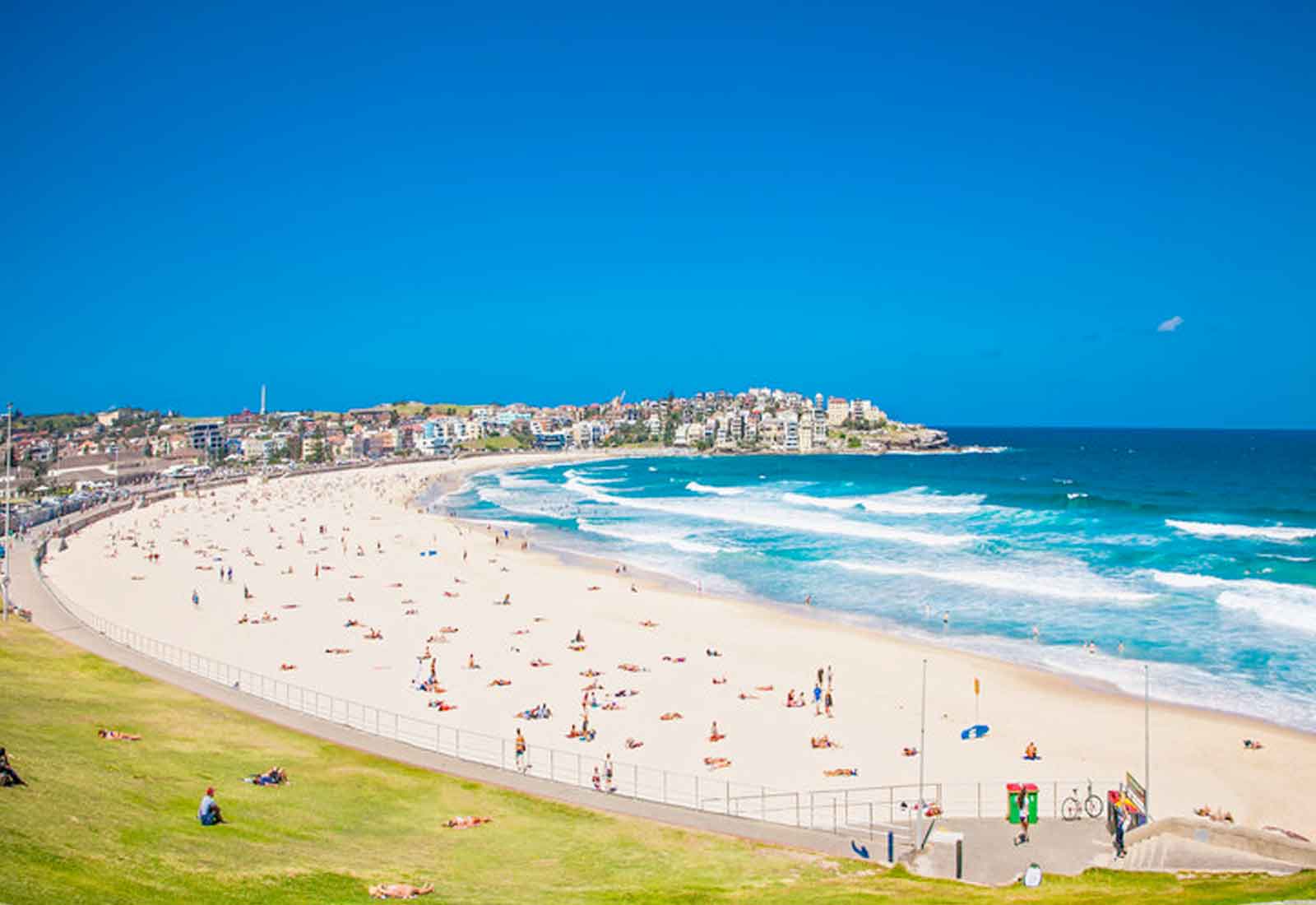 A relatively small number of lucky Sydneysiders live in clean, walkable neighbourhoods that support healthy living, a study of walkability and pollution has revealed.

The Bondi postcode was a clear winner in the Woolcock Institute of Medical Research study which found just four per cent of Sydney suburbs are in so called ‘sweet spots’ for walkability and low traffic pollution. Walkability in this study represented walking for commuting purposes or to access services such as transport and shops, rather than walking for leisure.

Meanwhile Blacktown and other western Sydney suburbs featured heavily among the five per cent of ‘sour spots’, neighbourhoods that have low walkability and are high in traffic pollution.

A further 40 per cent of neighbourhoods were found to have either low walkability or high pollution, both environmental features which are not supportive of health, lead researcher Christine Cowie from the Woolcock Institute of Medical Research says of the results, published in the Journal Environmental Health.

“Sadly our results confirm that large swathes of our city are not designed for walkability in low pollution settings,” says Dr Cowie, a senior research fellow at the Centre for Air Quality and Health Research and Evaluation, based at the Woolcock Institute. “With rising rates of obesity, diabetes and other lifestyle-related health problems we really need to be designing and building environments to encourage Sydneysiders to do more walking as active transport in their daily commute or to the shops.”

The researchers analysed walkability and road density as a marker of traffic pollution and socio-economic status for 5,858 Sydney neighbourhoods, representing 3.6 million people. Walkable neighbourhoods are characterised by good street connectivity and being close to infrastructure including transport, shops and schools.

“That’s not to say that people are not participating in other exercise or walking away from where they live, but it does indicate that their immediate physical environment is not as conducive for active travel as it could be, and thus it is not as supportive of a healthy lifestyle as it could be,” Dr Cowie said.

Improving walkability was identified in NSW Transport’s 2013 strategy document, “Sydney’s Walking Future - Connecting People and Places” which included as an aim to increase the number of walking trips per person within 2km of a destination or urban centre.

The Sydney study identified that only four per cent of the population lives in a ‘sweet spot’ which has both high walkability and low traffic related pollution. The beachside suburbs of Bondi and Cronulla performed best, followed by Potts Point/Kings Cross, Clovelly, Harbord and Parramatta. The CBD also did well, coming in at 7th spot.

“Within all these areas there are a number of highly walkable neighbourhoods with good public transport, access to amenities and which have lower traffic density,” Dr Cowie explains. However, there were also neighbourhoods in a handful of inner-Sydney suburbs -Surry Hills, Moore Park, Leichhardt and Newtown as well as Potts Point, Bondi and the Sydney CBD– that had high walkability but also high traffic pollution, thanks to pockets of high road density and traffic flows.

In contrast, five per cent lived in car-dependent ‘sour spot’ neighbourhoods with low walkability and high traffic pollution. These neighbourhoods were most frequent in the postcode areas of Blacktown, Westmead, Liverpool, Baulkham Hills, Seven Hills, Campbelltown and Parklea.

“Less amenable urban design around streetscape and land use makes it harder for the residents of these neighbourhoods to travel to destinations by foot, and when they do, they are exposed to higher levels of pollution due to heavier traffic flows,” Dr Cowie says.

Neighbourhoods with low walkability and low traffic pollution were most frequent in postcodes on the metropolitan fringe and included Liverpool, Castle Hill, the Menai area, Penrith, Hornsby and Baulkham Hills.

“Overall there are relatively few areas of Sydney that provide high walkability while at the same time minimise pollution exposure,” Dr Cowie says. “We clearly need to do better with transport and urban planning to make city and suburban destinations more accessible by foot and at the same time cleaner.”

The researchers are urging planning agencies to take up all opportunities for increased neighbourhood walkability through improved urban design that at the same time minimises traffic exposure. “That could be a matter of designing urban renewal projects to increase public transport uptake, reduce car dependency, include walkways and cycleways, and ensuring new infill housing development happens away from main roads to minimise pollution exposure,” the researcher says.

The team is now delving further into the data to better understand what impact living in a sour spot could have on a person’s health and disease rates.